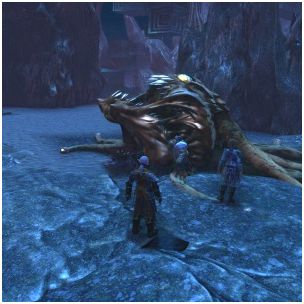 Neverwinter is definitely an MMO discussion just what it really wants to accomplish, and achieves this perfectly. The developers of Neverwinter at Cryptic understand what makes people (especially Dungeons & Dragons nerds) capable of playing exactly the same game for countless hrs without flagging: gratifying, crunchy combat, along with a permanent feeling of purpose. Neverwinter takes probably the most satisfying facets of D&D’s fourth edition when it comes to combat and development, and turns it right into a D&D adventure that left me squeeing using the pleasure of seeing my personal favorite monsters and mechanics. However, combined with the advantages of fourth edition, Neverwinter assumes a few of the bad, as being a highly straight line game both in content and mechanical progression.

Neverwinter succeeds at making each class’ game play unique and pulpy, with moves just like an earthshattering blow from the Protector Fighter, that will get you excited for their services every time clicking a button or press a vital. Every class has flavorful, delightfully brutal attacks which make even the more routine of fetch or kill quests (which there are several) into an chance to put the smack-lower on some unsuspecting orcs. For possibly the very first time ever, I intentionally went of my means by Neverwinter to grind mobs while questing, so which i may find interesting and new uses of my moves together. Because each class includes a unique Class Ability, all of them play very differently, giving the sport lots of replay value. The Protector Fighter, for instance, includes a Block ability, as opposed to the Dodge that many other classes have, letting them withstand heavy blows from opponents that other Computers would need to evade. Similarly, the Control Wizard’s short-range Teleport ability enables these to rapidly navigate any combat situation, heavily reinforcing the design of pure control of any situation.

The main disappointment I’ve with Neverwinter is identical one I frequently complain about in fourth Edition – the purely straight line progression. In nearly every facet of the sport in the story to class progression, I understood which i had been moved along a particularly designed path. Though I’m not against linearity, I felt as though I wasn’t really making any type of actual decisions in my character whatsoever. Neverwinter displayed its linearity using a hub-and-spoke questing system which ferried me from place to place when i leveled up. I went directly from town to wherever my 3-4 quests were located, wiped out all the criminals, after which to town, with no memorable rhythm breaks. The look option to exclude an over-world also reflects this straight line mentality each map is zone removed from all of those other game, and even though there’s still a lot of room to understand more about, Neverwinter frequently feels closed and static.

eugean stepantsov: somebody forgot to tell him the game is free :)﻿

Nicolás Radrigán: +Kwago Nines I agree with you, but I wanna point out that by no means do I think this game sucks. The main thing that sold it for me was the ragdoll physics; seeing the enemy slam into objects as they die made killing things slighly more entertaining than your average mmo grinding borefest.﻿

Royal Crustle: Just started playing this today and so far this is the most fun I have ever had with an MMO, FFXIV being a close runner up. WoW was boring as shit every time I played it, and I still dont understand why it is so popular.﻿

Kyle: +Digital Nemesis it is amazing﻿

Kyle: I fixed it,just had to restart arc﻿

Ryan Laidlaw: lol because lore is somehow bad in an mmo with a story?﻿

Deaf .Sound: Im honestly getting tired of GS reviews they are becoming the same as IGN as in they are complete bullshit. this review makes this game sound bad, which honestly it's not. This game is unbelievably fun, who gives a crap about lore? in most MMOS its the same git, you grind you level you gear you crawl through dungeons and quest. No one gives a toss about lore really, its mainly about the game itself. 6 is way to low of a score for this game IMO and maybe its because im playing it in 2015 and this review was in 2013. But for those interested in the game DO NOT let this crappy review detour you. I guarantee it will be one of the best MMOS you have played in a loooooong time.﻿

Beelze333: +Idriss Kone So what do you think of the game? did you play it? Most importantly, is the grinding endless if you don't want to pay?﻿

Tcrumpen: +Deaf .Sound I actually like a good storyline i got bored of TERA cos i could never get into the storyline﻿