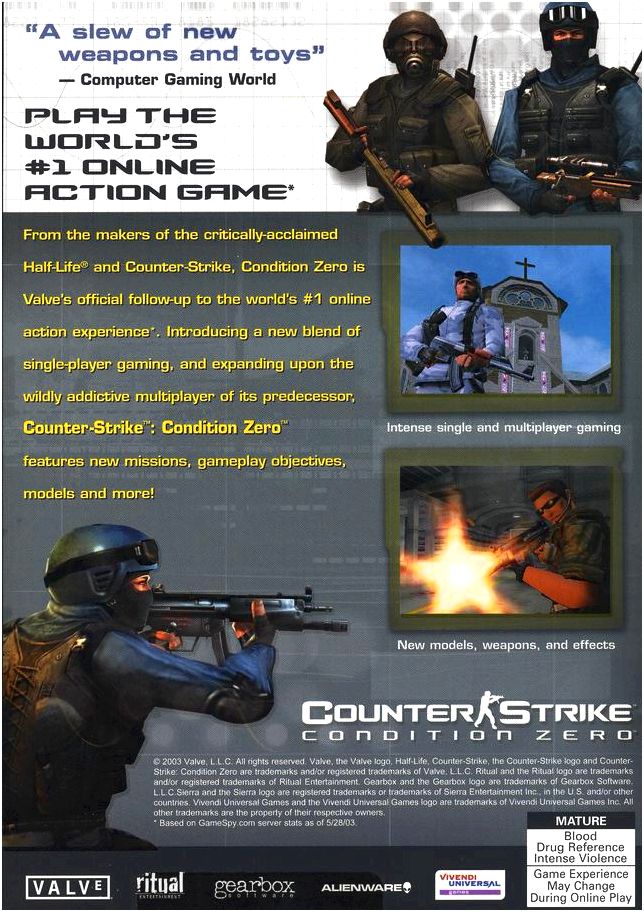 Daniel Faliszewski: +Johnny sCena Again, it's an FPS. All competitive FPS games have that, so no surprise.﻿

JC Denton: For real. After playing CS for well over 1000 hours now, almost all other FPSs are unplayable because of how dumbed down and unrealistic they feel. Last time I checked, breathing heavily doesn't magically heal you from being shot multiple times. Apparently kids these days think that's realistic. ﻿

Everett: Actually competitive, but without having a bunch of second graders spewing their entire vulgar vocabulary at you when they die.﻿

dyNiaL: +TheWittenburger It's like that yes, if you aren't good and are hovering around the Silver ranks.﻿

barley: I see you everywhere…﻿

jhN322: +MrBatmanpig\nthen you must be trippin﻿

PainedGore: how could you actually take off the silencer of the m4a1s…smh﻿