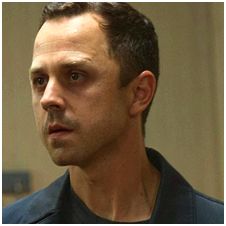 Zelda: Breath of the Wild Accused of PAID REVIEWS and Brigaded – The Know Game News

Rath Burn: delete all reviews that say they never played it﻿

Sean Tsaur: PC gamer, and I bought a switch in part because of Zelda. And I'm loving it right now.﻿

Lorellindil: Congratulations, Internet. Instead of actually making a legitimate dent as you were intending, you only further support the distrust of user reviews, and invalidate your own medium of outcry. What method will you use next? Harassing review sites? I'm sure that will turn out well, too.\n\nFor the record, I haven't played the game, and I refuse to rate it until I have BECAUSE THAT'S HOW LEGITIMATE REVIEWS WORK.﻿

The9 tailedgamer: "A zero from me too, i never played it" \n\n\n\n\n\n\nIf i had a penny for every million times i just facepalmed, id be a trillionare﻿

Zer0dog: People slam Nintendo for always making there games with the same formula, \n\nBut as soon as that formula is changed they have a fit.﻿

BigHailFan: There are literally people making accounts just to review this game with a 1 or 0 on and no other games, and they want to talk about the good reviews being fake? XD﻿

iPr0hax: Its hilarious to see that people can't just face the fact that Eiji Aonuma knows how to make god damn masterpiece'.﻿

Justin Kirby: Game of the year 2017. 99% of negative reviews are just Nintendo haters guys, they are jealous because Breath of The Wild is one of the greatest games ever.﻿

gonzostwin1: I haven't bought a console since Nintendo 64 (I'm 33) I bought the Switch and Zelda on the 3rd. I'm playing almost 8 hrs a day and im also nodding off at 4am while playing. I've never had a game give me this much fun and so much heart racing during battles and open world enjoyment. if I was a reviewer I would give it 100 because all reasons I started above. I've never played a game so good and fun on my soul. GTA makes me put the controller down, Zelda makes me want to rush and turn on my Switch﻿

M. Oudekerk: giving a score without playing a game.\nthat's like voting for a guy who doesn't even do politics…o wait (glares at U.S.A.)﻿