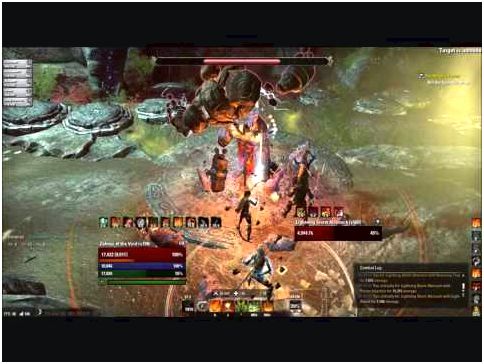 2H (greatsword) stam DK is extremely viable in PvE, despite a lot of say it’s not and it is just for PvP. Even many shun 2H from trials. Exactly what a load of crap! 2H are largely undervalued. Fine, I do not care. All I personally use in PvE contents is really a 2H. I am not really a sorc, and that i attempted DW, but none of them of those tied to me. Yes, a 2H stam DK can be a bit slower than the usual DW, unless of course you add rapid/retreating or charging maneuver to your skill bar. I am not to imply I’m the very best dpser or top tier player (I do not worry about it and merely play to savor the sport), however i do fine having a 2H in dungeons/pledges or trials even soloed certain vet dungeons and world boss pits many occasions over.

Particularly with a wrecking blow (not dizzying strike or swing anything), you receive 20% more damage out of your second consecutive strike. You do not "junk e-mail" wrecking blow, contrarily to a lot of are speculating. There’s a method or animation cancelling you may either combine an easy attack or heavy attack with wrecking blow (WB.) I like comboing heavy attack with WB, since you get huge damages output, as well as the heavy attack restored the stamina. With this particular combo, I can hand out upwards towards the mid-40K as well as over 50k damages (at occasions) from just one combo strike. By using this heavy/WB combo (like a dps evolution), along with endless hail, rearming trap, or perhaps with flame of oblivion, and when the monster set proc, you’re dealing some serious dps (per evolution.) However, the heavy/WB might not be as quickly as certain DW strike, however it smack hard when hits, and may remove certain targets much faster than the usual DW. As well as, a WB strike have the capability to go to to and damage 3 targets at the same time.

Use a Dreugh King Slayer (DKS) 5-piece as the base. Lots of people also slam/party on heavy armor. That’s another load of crap. Yes, you receive that extra 12% weapon damage getting 5-piece medium on, however, you get 20% in the DKS. Yes, there is a skill you are able to slot in your bar that provides you major brutality (20% extra weapon damage), like rally for any 2H, and sorc and DW also provide such skill, but by slotting that skill in your bar, you are just taking on a slot. I am not to imply heavy armor may be the should have hanging around. People enjoy having the things they like (light, medium or heavy), however, you can’t count out huge 5-piece DKS. You receive major brutality whatsoever occasions using the DKS, thus, creating more a slot in your skill bar to put on another set of skills. Let us say you slot a fighter skills, like rearming trap.. that provides you another 3% weapon damage increase. Ahhh.. now, the DKS as well as the rearming trap provide you with 23% extra weapon damage. Should you slot another fighter skill, then you are as much as 26%, etc.

If you are a DW, this even benefits you further. You’ve 12 slots to have an a DW (DK) armor build. You are able to combo a 5-piece medium for armor (and obtain that extra 12%) having a 5-piece DKS.. and you may also slot a couple-piece monster set. Regrettably, like a 2H, you simply get 11 slots, but you may still combo 5 mediums and also the 5 DKS. You simply can’t add some monster set. However, I attempted might my overall weapon damage visited almost the mid-4k. I had been receiving targeted damage (dps) from this, however i did not like not getting the additional damage procked in the monster set, like Skoria or Velidreth. I’ve found it, the procked damages help kill a target faster.

In either case, utilizing a 2H is totally fine in PvE. Plus, you receive more spell and physical resistance with 5 pieces heavy. Do not get discourage. You will find viable builds for any 2H stam DK in PvE. You just need to alter it. Presently, I am using 5 DKS, 2 Skoria and 4 Spriggans. I do not obtain the 5-piece perk in the Spriggan, but getting that 4 extra pieces, still benefit in extra overall stamina and weapon damage.